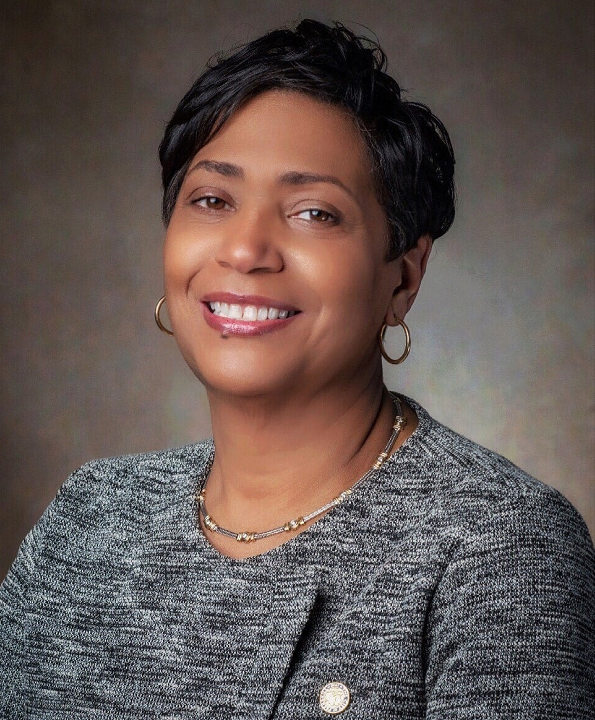 I had a nice chat with Vivian McKenzie, a lifetime resident of Peekskill, who is running for Mayor of the City.  McKenzie was born and raised in Peekskill and has raised her family here as well.  She is the Owner-Operator of the locally renowned Kathleen’s Tea Room in downtown Peekskill.  McKenzie currently serves as the Deputy Mayor of Peekskill, and before that she has sat on the City Council for seven years.  McKenzie is now running for Mayor of the City of Peekskill following the reign of Mayor Andre Rainey who has decided not to seek a third term for re-election.

Running with McKenzie on her political slate are Dwight Douglas, Ramon Fernandez, and Rob Scott.

“I am very excited.” Says McKenzie when asked about her running mate cohorts.  McKenzie explains that she has experience working with Douglas and Fernandez over the past couple of years.  Douglas worked in Peekskill’s planning department for a number of years and has been a city manager in other cities prior to his current candidacy for Peekskill City Councilman.  “He has a wealth of knowledge that is phenomenal”, says McKenzie.  “He knows our City back and forth.”

“Fernandez is very in tune to the community,” comments McKenzie.  “He has done some really great things as far as getting grants for improvements in our parks and recreational facilities.”, says McKenzie.  Scott is a newcomer, but “he’s a great business guy”, notes McKenzie.  “His heart is in the right place and he’s really interested in bridging the gap of wealth and making sure that our community stays healthy.”

As far as policies currently in place that she may want to change, McKenzie states, “As the world changes, you have to be flexible and develop things, but we’re really looking to continue bringing Peekskill into the 21st Century.  McKenzie states that she wants to continue what current Mayor Andre Rainey has implemented for the City of Peekskill.  A DRI grant (which stands for Downtown Revitalization Initiative) is coming in that was awarded to Peekskill during Mayor Andre Rainey’s term as Mayor.  “[Covid] has pretty much stopped things in its’ tracks”, says McKenzie, “But as we start to re-open, the DRI initiative is one that we’re really going to need to do some work on.  We’ve had a lot of great community input with that, so now we have to make sure that it moves forward.”, says McKenzie.

Should McKenzie get elected for Mayor, she will be the first African-American woman to hold that position.  I ask her what inspires her and she says,

“I want to see us continue to go in the right direction..this is my hometown, I’m born and raised here.  I am fortunate that I own a business here..and I truly feel that you can’t sit back and complain about what doesn’t get done.  You really have to get your hands in things, get dirty and make sure that things get done..so that’s what motivates me..and just to see how well we’re doing…the diversity in the city motivates me to make sure everybody is taken care of.”